After 50 Years, A Tangle Of Emotions 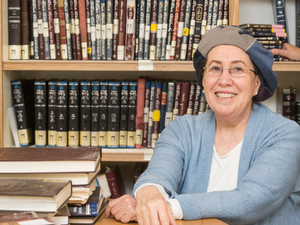 Six Americans who made aliyah in the wake of the Six-Day War reflect on the complex feelings and the knotty politics, then and now.

JERUSALEM — On Wednesday, when Israel marks 50 years since the unification of Jerusalem, Chana Henkin will be embracing the occasion, feeling that its positive impact has exceeded all expectations. But it will be a non-event for another American immigrant, Patricia Golan, who will be feeling that there’s nothing to celebrate anymore. Her mood, she said, “180-degrees from how I was feeling when I came.”

The years after the Six-Day War were a peak time for aliyah from America, and most arrivals, even if not spurred to move by the victory, remember arriving to a state of euphoria. Today, interviews with half a dozen Americans who made aliyah after the war reveal a portrait of Israeli opinion in miniature and the fault lines that exist over the country’s settlement-building enterprise — a mix of pride, disappointment and complex emotions about the reality that has emerged from the momentous events of the summer of 1967.