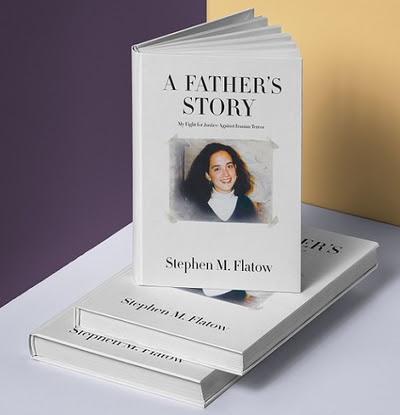 Stephen R. Flatow, a member of the American Friends of Nishmat Board and Executive Committee, is father of Nishmat student, Alisa Flatow, hy”d, whose yahrzeit was commemorated shortly before Pesach. His memoir, A Father’s Story, was reviewed in The Boston Globe last week.by Jeff Jacoby, columnist for The Boston Globe
April 28, 2019

I LEARNED OF Sunday’s horrific suicide bombings in Sri Lanka just as I was finishing a new book about an earlier instance of terror.

On the morning of April 9, 1995, a Palestinian suicide terrorist blew up an Israeli bus filled with passengers traveling to Kfar Darom, a town near the Mediterranean shore in the Gaza Strip. Eight people were killed, including Alisa Flatow, a Brandeis University student from New Jersey who was spending a semester abroad. A shard of shrapnel punctured her head, fatally lacerating her brain. Continue >>