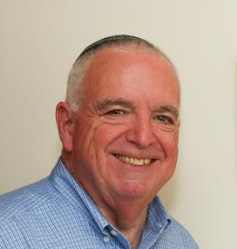 JNS.org – In what crazy, upside-down world does a Palestinian Arab randomly stab Jews in Jerusalem, get shot dead by Israeli policeman, and then become the focus of an Associated Press article with a headline about Israelis killing Palestinians?

In our crazy, upside-down world, that’s where.

The latest craziness began when the terrorist was strolling through the Old City of Jerusalem on Friday morning, where he happened to see a Jewish man. So the Arab stabbed the Jew. The stabber then went a little further along, until he spotted a Jewish child walking along. So, he ran up and stabbed the child in the back.

You can already imagine Excuse #1 bubbling up in the fertile minds of the rationalizers and justifiers: The Old City is “occupied Arab East Jerusalem” — meaning that the Jewish victims actually were “settlers,” which makes them “legitimate targets” for “resistance.”

Resistance to what? Why, to the existence of Jews, of course.

Israeli policemen approached the terrorist. He was literally caught with the bloody knife in his hand. Instead of surrendering, he ran, which is why the police shot him. It’s about as black-and-white a case as one can imagine. Yet, incredibly, the Associated Presscharacterized him as “an alleged Palestinian attacker.”

It seems that as far as the AP is concerned, when it comes to Palestinian terrorists, they’re always “alleged” and never “terrorists.” Isn’t that curious? Continue >>